Poor boy sandwiches represent bedrock New Orleans. The shotgun house of New Orleans cuisine, Po-boys are familiar but satisfying. The sandwich is as diverse as the city it symbolizes. The crisp loaves have served as a culinary crossroads, encasing the most pedestrian and exotic of foods: shrimp, oyster, catfish, soft-shell crabs as well as French fries and ham and cheese. Comfort food in other cities seldom reaches such heights.

As with many culinary innovations, the poor boy has attracted many legends regarding its origins. However, documentary evidence confirms that your grandparents' stories about one particular restaurant were right.

Bennie and Clovis Martin left their Raceland, Louisiana, home in the Acadiana region in the mid-1910s for New Orleans. Both worked as streetcar conductors until they opened Martin Brothers' Coffee Stand and Restaurant in the French Market in 1922. The years they had spent working as streetcar operators and members of the street railway employees' union would eventually lead to their hole-in-the-wall coffee stand becoming the birthplace of the poor boy sandwich.

Following increasingly heated contract negotiations, the streetcar motormen and conductors struck beginning July 1, 1929. The survival of the carmen's union and 1,100 jobs was in question. Transit strikes throughout the nation provoked emotional displays of public support, and the 1929 strike ranks among the nation's most violent.

When the company attempted to run the cars on July 5 using "strike breakers" (career criminals brought in from New York) brickbats and jeering crowds stopped them. More than 10,000 New Orleanians gathered downtown and watched strike supporters disable and then burn the first car operated by a strike breaker. 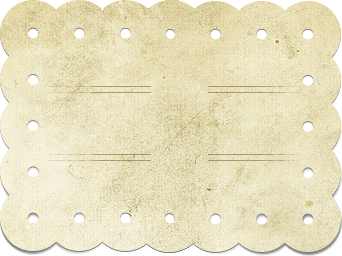 A highly sympathetic public participated in greatest numbers by avoiding the transit system, which remained shut down for two weeks. Former New Orleans Fire Department Superintendent William Mc Crossen experienced the strike as a teenager: "Dare not—nobody, nobody would ride the streetcars. Number one, they were for the carmen. Number two, there was a danger [in riding the cars]." Brickbats greeted the few streetcars that ran. Small and large businesses donated goods and services to the union local.

The many support letters included one from the Martin Brothers promising, "Our meal is free to any members of Division 194." Their letter concluded: "We are with you till h--l freezes, and when it does, we will furnish blankets to keep you warm." Martin Brothers Letter courtesy of Louisiana Research Collection, Tulane University Libraries.